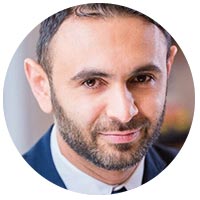 Mr. Zareh began his career at Morgan Stanley in the Mergers and Acquisitions Group within the Investment Banking division. In 2003, Mr. Zareh joined the National Football League (NFL) to work directly with the Commissioner, franchise owners, and league executives. Mr. Zareh then enrolled at Harvard Business School, where he received his MBA in 2007. Upon graduation, Mr. Zareh joined Andor Capital, after which he worked with a number of hedge funds, including Clovis Capital, Sandler Capital, and Hutchin Hill Capital, where he focused on special situation investment opportunities.