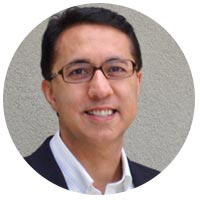 Nilesh has over 25 years of executive management and board experience with high growth venture-backed start-ups as well as public companies in the technology and financial services industries. He is currently Chairman of the Board at Despegar (NYSE:DESP) and has also served as an independent director on the Boards of QIWI, GetGoing and Netshoes. Prior to serving in board/advisory roles, Nilesh was the CFO of oDesk, the world’s largest online freelancer marketplace from 2010 to 2012 (currently operating as Upwork – Nasdaq: UPWK). Prior to that, he was the CFO of Yandex N.V. (Nasdaq: YNDX) from 2007 to 2010 where he guided the company to a successful $8.5B IPO. Nilesh was also the CFO of CTC Media, which he led to a successful Nasdaq listing in 2006. Prior to that, he was Vice President of Global Operations at Electronic Arts. Nilesh served as Senior Vice President with Transamerica Corporation from 1991 to 1997, and worked with GE Capital from 1984 to 1991.